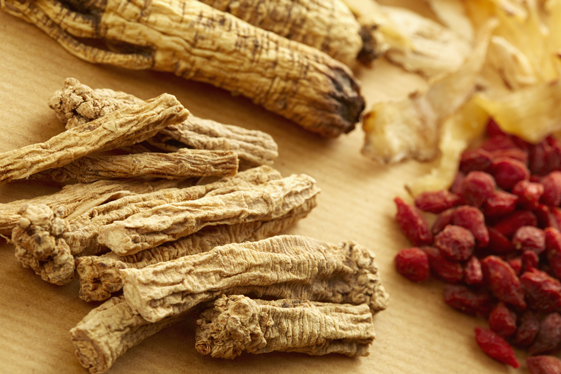 Chinese food therapy, also known as Chinese nutrition therapy, dates back to as early as 2000 BC, though proper documentation about its uses was found around 500 BC. In essence, Chinese food therapy involves the use of certain foods to aid in the healing of certain body ailments or assist in keeping healthy other bodily functions. Followers of food therapy believe in the concept of yin and yang in food; the yin foods are believed to lower the body’s metabolism, or decrease the body’s heat, while the yang foods are said to increase the body’s heat or increase metabolism.

The Chinese believe in four food groups, which are grains, vegetables, fruits and meats. There is no classification for dairy products, which are considered unsuitable for humans. The Chinese believe a balanced diet will consist of the following food combinations on a daily basis: 40 percent grains, 30 to 40 percent vegetables, 10 to 15 percent meats and the rest of the foods should be nuts and fruits.

In Chinese food therapy, foods are then further classified by taste. The tastes are defined as pungent, salty, bitter, sweet and sour. Each taste is believed to have a direct effect on a body organ; when consumed in moderation it benefits the organ, but if over consumed, can cause detrimental effect to the organ.

It’s fair to say the Chinese and followers of Chinese food therapy truly believe you “are what you eat”.

One simple example of Chinese food therapy is the remedy for a cough. The Cantonese cough remedy required apricot kernels, watercress and dried duck gizzards. The ingredients are slow cooked for several hours, and a bit of pork can be added for flavor (though you can’t add beef or chicken because both will nullify the healing effects of the watercress). The watercress removes the excessive amount of yang in the body, while the duck gizzards are added to balance the yin yang of the recipe. The apricots target the lungs.

Take the time to learn from Chinese healing wisdom – you may just be surprised how it benefits your health.