What is an X-Ray?

What is an X-Ray you ask? 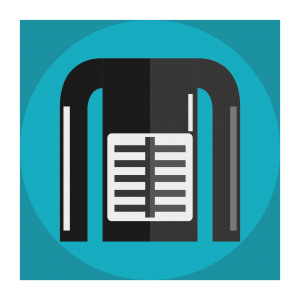 In 1895, Wilhelm Conrad Roentgen who was a Professor at Wuerzburg University in Germany, discovered X-Rays while working with a cathode-ray tube in his laboratory. Roentgen observed a fluorescent glow from crystals on a table near his tube.

Continuing his experiments, he discovered these new rays could cast shadows of solid objects on pieces of film. He named this invisible light the “X-ray”. Within a year of his discovery, X-rays were being used in diagnosis and therapy and were an established part of medicine. Roentgen was the recipient of the first Nobel Prize in physics in 1901.

In 1913, William Coolidge invented what came to be known as the Coolidge x-ray tube. His invention eventually replaced the cathode tube. Coolidge tubes have a high vacuum and use a heated filament as the source of electrons. There is so little gas inside the tube that it is not involved in the production of x-rays, unlike cold cathode gas discharge tubes. The key advantages of Coolidge tubes are they are more stable and the intensity and energy of the x-rays can be controlled. Also, Coolidge tubes are more reliable and could function almost indefinitely unless broken.

X-rays used in radiography involve exposing a part of the body to a small dose of ionizing radiation to produce 2-dimensional pictures of the dense tissues of the body. Your doctor will use these images to detect injuries such as fractured bones or joint dislocation, spinal misalignment, infection, arthritis, abnormal bone growths, or cancer.